PowerQuery is a new add in from Microsoft that allows for easier import and cleaning of data. In more recent versions it is called Get & Transform which is a great descriptive name.

So if you have a version prior to Excel 2016, you will see a separate ribbon called PowerQuery as shown below from Excel 2010.

If you don’t see this ribbon you may need to load it first. You can see which version to load and download it direct from the Microsoft page.

In Excel 2016 and up it is part of the Data ribbon so you just need to find it. 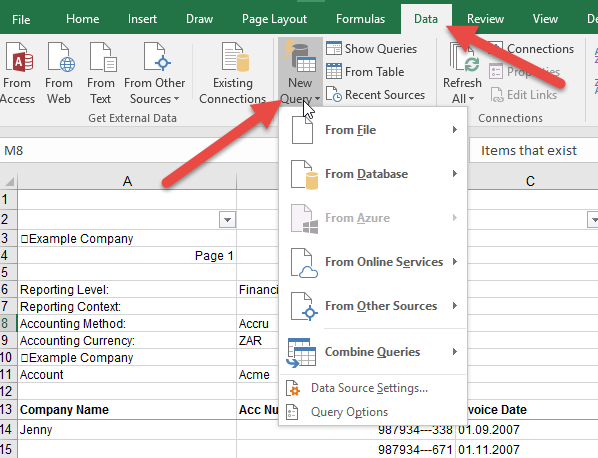 We aim to provide the ultimate, one stop shop for all Excel users requirements, within South Africa and worldwide.

"Recently we had a most successful in-house training session at our company. I would like to extend my thanks and gratitude."